Daniel Masters not only believes that cryptocurrencies will have a good future, he actually thinks they ARE the future. And if his words speak louder than his actions, in a CNBC “Fast Money” interview he explained his mindset:

“The use cases for crypto are Bitcoin is disrupting money and gold, Ethereum is disrupting the formation of capital. You know, there are other protocols that are disrupting identity, provenance and so on; and these things are really unproven yet but quite promising”.

According to his LinkedIn, Mr. Masters – who for six years ran JP Morgan’s New York Energy Trading business, his experience allows him to make some comparisons between the cryptomarket and the market of other commodities such as oil a few years ago.

It looks like Mr. Master has no regrets whatsoever about leaving JP Morgan to run on his own in the world of cryptos. He is currently Director of XBT Provider (the world’s first “Bitcoin tracker” to be traded on a regulated Exchange), GABI Plc and Coinshares Ltd, a series of businesses which, as mentioned in the interview, have performed strongly despite the bearish markets.

In an interview with Bloomberg Daniel Masters mentions that cryptocurrency is fueling a financial revolution, and explains the impact that blockchain is having on the world in the same way that the emergence of the internet had it at the time:

“The distributed ledger technologies that have been pioneered by the development surrounding bitcoin and other cryptocurrencies is really the democratization of transactions. In the same way, when the internet appeared, we saw news and information traveling around without the necessity for big organizations to send us the distribution of that information, so bitcoin and another crypto assets are democratizing the transactional interaction between individuals. That’s the core of what makes this revolution.”

The financial expert does not view the existence of a “battle to the death” between cryptocurrencies and the traditional monetary system, nor who will ultimately replace whom, instead it is “question of what portion of the total financial ecosystem accrues to cryptocurrencies.”

He concluded by saying that “Even if it is only 5% at the end of the day at the market will then still be much bigger than it is today.”

The successful businessman manages a fund of $800m made up of 100% crypto assets, deciding his investments through what he calls active and passive strategies. An example of passive strategy is the issuance of certificates in Bitcoin and Ethereum managed by XBT Provider, while the active strategies are the investment funds they manage. His business vision continues to expand with the expectation of creating two more funds (for a total of 4) thus defining his strategy as “multicurrency, multistrategy.”

His opinion on the report published by Bank of America Merryl Lynch, in which they described bitcoin as the biggest bubble in history, was very skeptical:

“I wonder when Bank of America was on the very left side of that chart (…) Look, I think crypto is a difficult place to analyze (…) (But) People that have been around crypto for five years will give you a very very different feel that this chart kind of approach.”

Bitcoin’s pricing behavior seems to prove Daniel Masters right. During April, general market prices have entered a general bullish run that appears to contradict the prediction of a burst bubble that Bank of America predicted so much. At the time of writing, Bitcoin is over $9000. 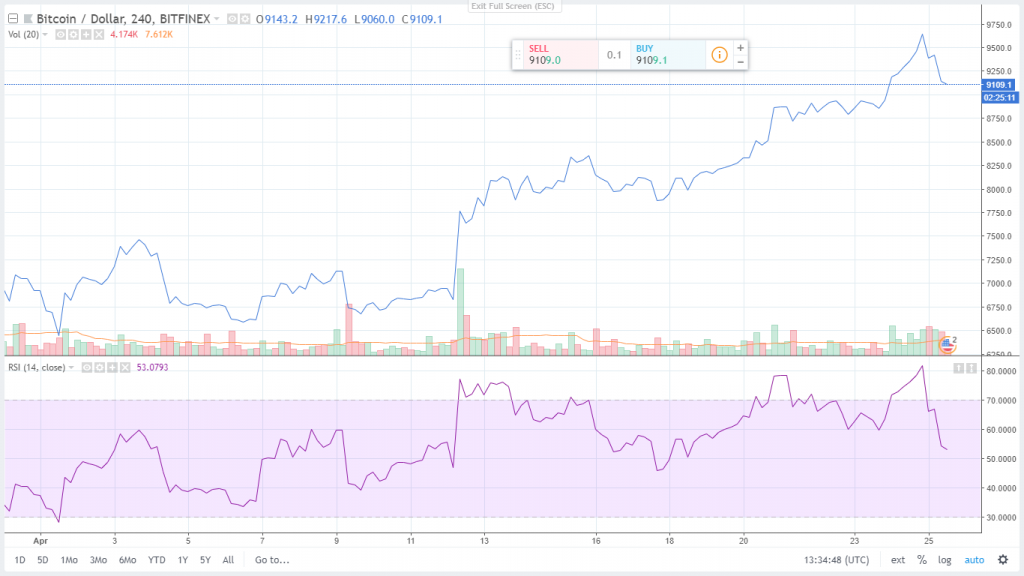